To start with I have gathered various bouncing ball references online – I then have drawn out some of the observations I made. This is really a visual way of letting me understand the way different bouncing ball move and act. I then have created some very simple pose to pose thumbnails of different ideas that I am interested in for me to make the finished animation. In the end I decided I liked the idea of having the two balls (heavy and light) of equal size so that the audience have no clues to which one is heavier. 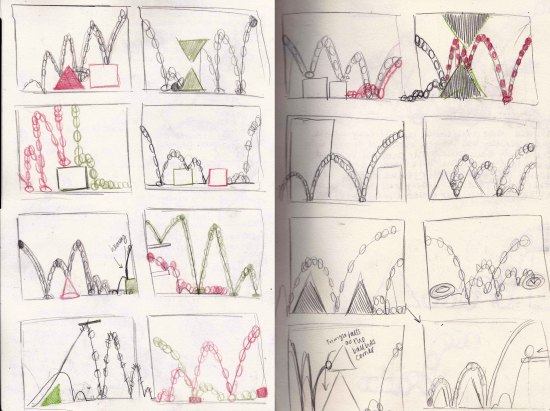 Below are some of the quick sketches I made to plan some of my overlapping experiments with the Pendulum rig we were given. 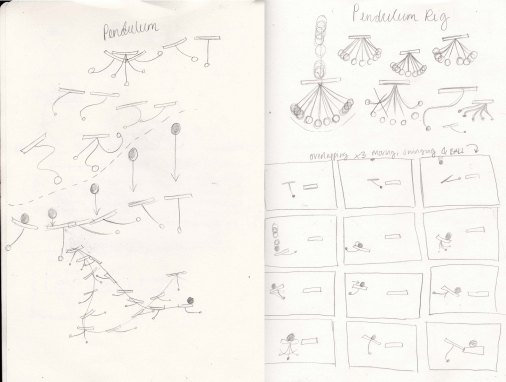 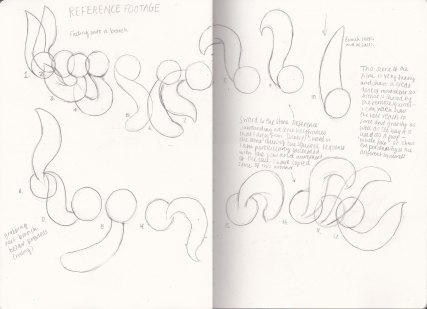 To begin my research I looked up many film/ animation reference so that I could collect enough understand of how the tail moves and how it can be manipulated within animation. My favourite of these was the Sword and Stone squirrel scene. It had so much fluidity and the tail was used through out to emphasis movements and personalities of the character. Above are some of my sketches I drew from visual research and also looking at certain animals. The animals that I looked at for my research was a fox, squirrel, Lemur and Lion.

Below are the rig posed in some of the drawings from above – this is a way for me to understand how the drawing pose may not transform well in Maya.

Above is one of the first thumbnails I created (later developed into the final ball and tail) I selected this as it was simple and playful. Below are the camera angles which I used for the final – I made many rough story boards to ensure that I was able to emphasis certain parts of my animations. 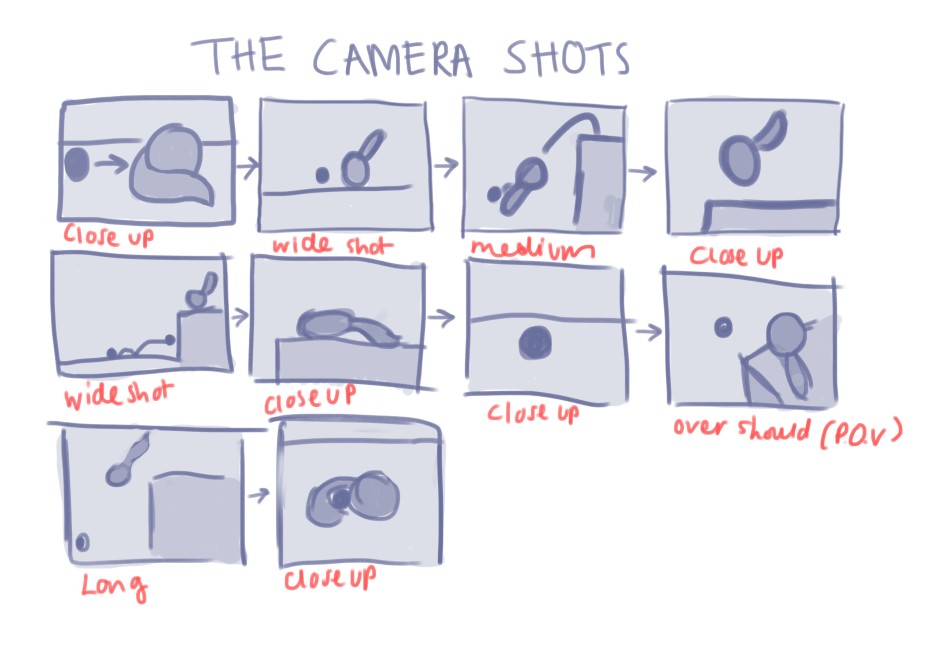 When exploring the different backgrounds I could use for my final ball and tail I decided to first create many thumbnails. I then used dark tones in order to understand the balance of tones within the background. Lastly I decided on using orange >blue and dark greens (the colour exploration.) I decided that the orange and blue create a beautiful contrast. I also used the green to express nature but in an abstract. 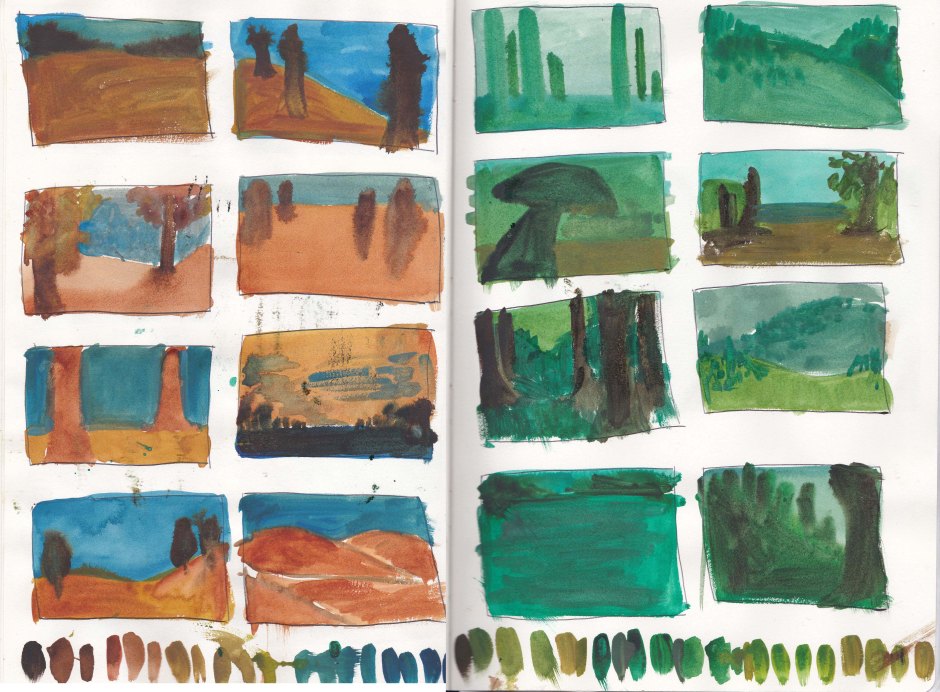 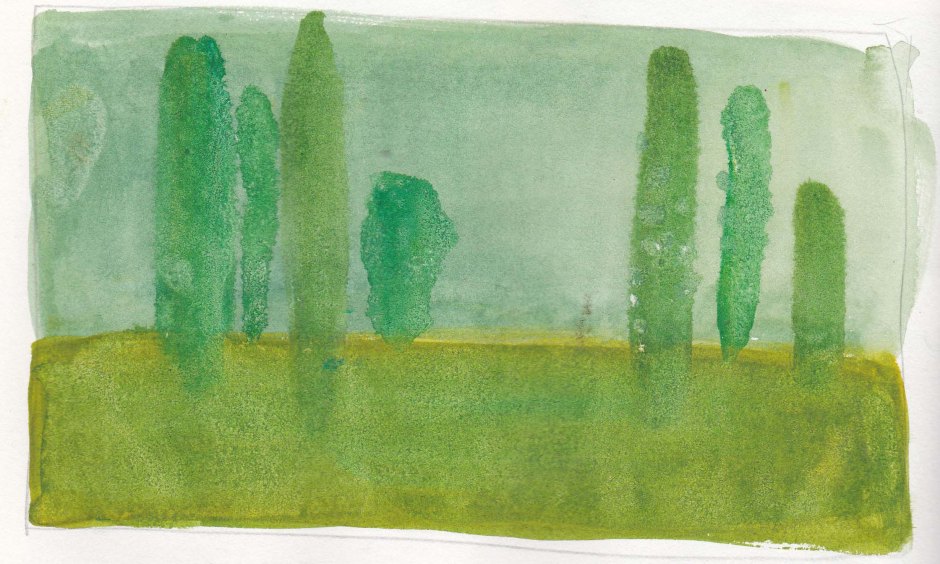 Above is a major issue I keep facing when cycling my animation of the walk cycle. This is one of the many examples that I have had this problem with. What I need to do is go back and look at the splines and the key frames to find out what the problem is so I can avoid it in the future.