The story focuses around a elderly couple that collect memories by planting a plant for each memory  that they have with one another. Over the years they place these plants into a conservatory where they sit together. Then the whole conservatory is taken over with all these plants. Once the husband dies – the wife places his chair away and covers his sofa with plants – the memories that she connects warmly of him. As they are both elderly she slowly becomes incapable of looking after the plants and so they grow out of control. When she also dies the conservatory is left to grow by itself. However the memories are still encased within this room. My narrative is very simple, it follows different shots which express the love and the meaning behind all of these plants. I wanted the audience at first to be curious over why there are so many plants enclosed in such as small place – and then when it is revealed that it belongs to a couple-it shows the relationship and memories of a couples life. At the end of piece, we see a shot of a plant on a sofa – we see a pot with a label on which reads: “our last” and there are two small sprouts of a plant wrapped around one another – this is meant to be the ending to the piece which express that one or both of the couple are dead and the last plant is valued. We don’t find out what happens to the couple – but we get enough information to understand the tone of the piece. I have used a slow pace with my cameras to give that sadder tone to the piece – furthermore to slowly reveal what is happening in the scene, the audience to read of the labels and to create that atmosphere of emptiness.

This unit has definitely been one of the most difficult that I have done over this first year of the animation course. It has tested my modelling skills, rendering, lighting, concept and narrative knowledge which I have learnt from the previous units.  Its been an independent project and means that I have needed to work fast paced and keep on top of the work – using Gantt diagrams and many, many to do lists to ensure that I do. This course has challenged me and help me build more software skills which weren’t very strong before the start of this unit. For example, I felt as though I couldn’t model at all but after my couple weeks of modelling I can now model more confidently and apply texture to my assets. I have also liked the chance to make mistakes and learn from them (which I made many of). I’m really pleased with overall animation – although it is short and there are a couple of things that I’m not as happy with – the over all relief and end result (made me feel so proud – watching back the work which I didn’t think that I could do at the beginning – it captured all that I hoped — and almost wish that I had more time to explore and develop the piece.)

At the start of the project we began by creating plans and making a project plan so that we were able to keep up to date with all of the different parts of making a digital environment.  However, in the end I did have to remake my plan several times. I didn’t consider my technical ability – but I also had no experience in knowing how long each sections would take me. In addition I didn’t take into account that I had a second unit as the same times as this one and so I had less time that I had expected. I made many to do lists as well to organize my own work flow.

Making a narrative with only the environment was another difficult challenge which I faced as I have never made an animation without the aid of a character which drives the story forward. I decided to spend a majority of time on the narrative section of my digital environment so that the concept was strong enough to make a purpose to the narrative.

I looked at a lot of research to help me create my final Digital Environment – I first looked into several already existing successful environments such as ‘Anna Karenina’ film as the background focuses around the idea that the upper class Russians would immediate the French society. Therefore it centers around a play and the backgrounds moves. This lead me to think about how I could use my environment to move and make the story in that way. However in the end I didn’t use this idea.  I looked at many references for two ideas – mostly from film to take inspiration for the look of my animation / of aspects which I may want to use for my animation.

Modelling was very tough for me at first as I have barely used it. However after working with it none stop over the amount of time which I did I was gaining more confidence in creating a number of objects. With Alex I learnt how to use Nuke and use Dynamics in Maya – even though I didn’t use this new knowledge for my final piece it was still very useful and hope to continue playing around with the software in the future. The texturing at first was a little difficult to get in that mind set of learning the UV layout and maya UV attribute editor – however after I got the hang of it I was happy with using the software. The lighting was a big problem for me as certain angles would be cast in shadows and unseen when I was happy with a particular shot – I had to spend a while ensuring that everything can be scene. If I could re-do the lighting I might try and add more shadows to give the scene a more dramatic feel to it – although I am pleased with the nice green / yellow tone to my final lighting choice.

If I could have more time for this unit I would have spent more time on the texturing and tried to make the objects look alot more used and grubby / and I also really wanted to make the plants look alot more wild and powerful in the scene. I would have liked to have a plant coming out of the sofa and dead leaves over the floor – but I had some technical issues which prevented me from doing so. I would have liked to add some music over the video too – sad piano music / however I kept it silent to make the atmosphere more still to follow the slow pacing of the camera and whole animation on a whole. The matte painting also looked slightly out of place so I would spend more time trying to perfect this. Overall I am happy with my first attempt of making a digital Environment – and proud of my progress of this unit and my entire first year of animation.

Below is a selection of final rendered shots taken from my final piece. I am really please with the outcome – 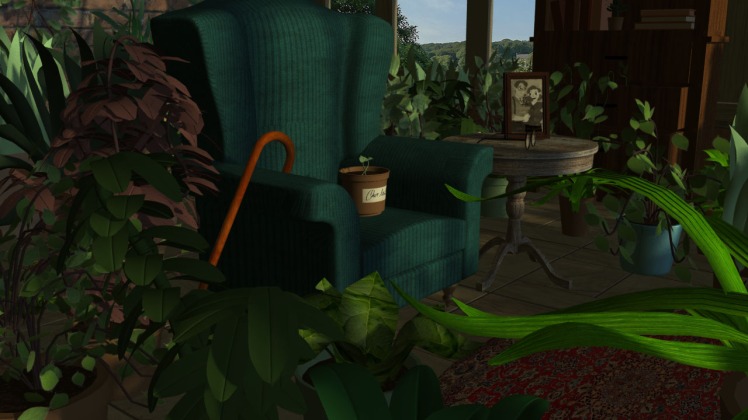 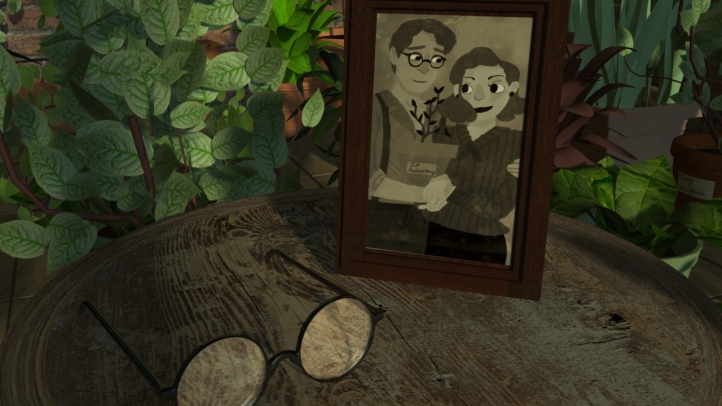 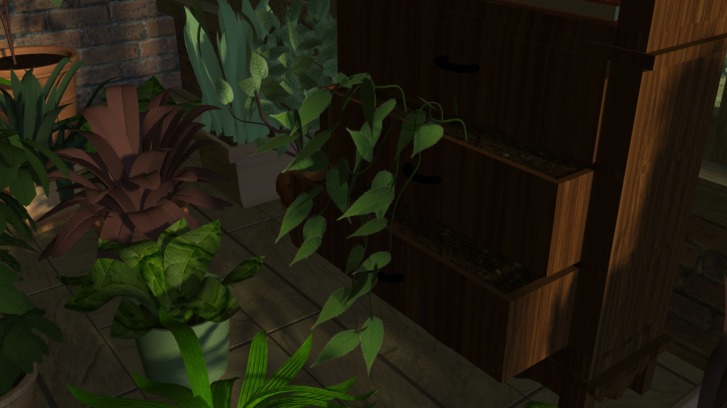 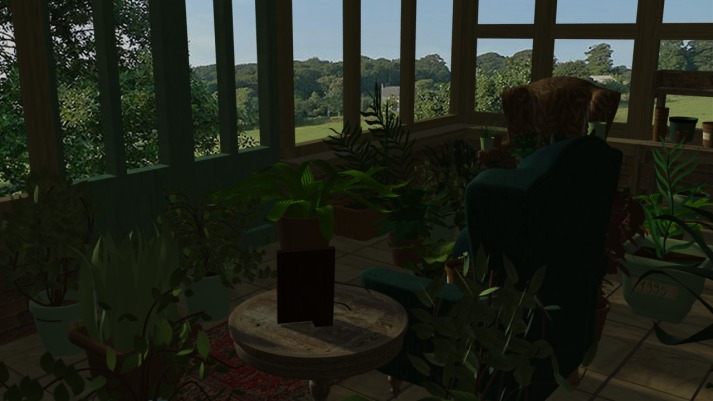