New figures published today reveal that the UK’s Creative Industries, which includes the film, television and music industries, are now worth £76.9 billion per year to the UK economy. This massive contribution is an all-time high and equates to £8.8m per hour, or £146,000 every single minute, playing a key role in the Government’s long-term economic plan.”

This shows the size of the industry and its important role that it plays on the British Economy – it is the largest and employs 1 in 12 UK jobs. The creative industry is still improving – which is excellent news for when I go into this industry. It also shows how the industry that I want to go into is a major contributer to our economy.

-Creative industry in the uk

Other than above I have created a spider diagram of other areas which 2D and 3D animation can apply too. I wanted to look at a variety of things to learn the different pathways which I could look into for this project and maybe as a career path way. 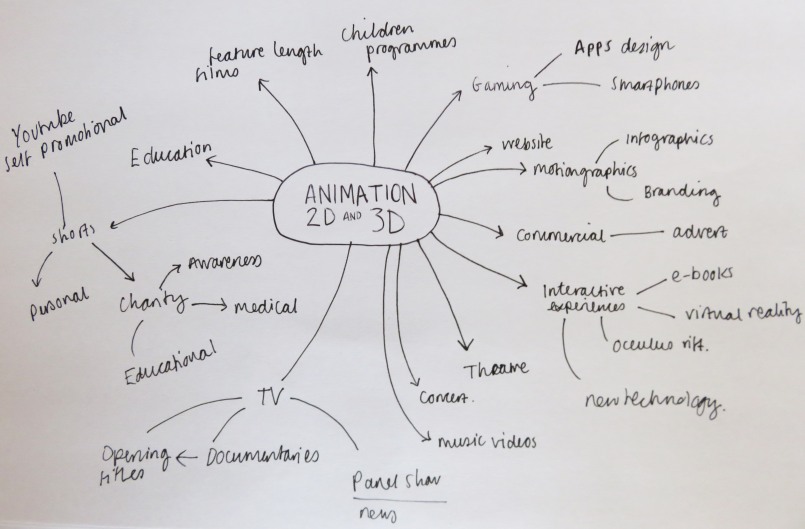 Working in animation can mean working extra and unsocial hours especially close to the deadline.- however it means you can have a job in a career you actually really enjoy.  The starting salary for an animator in the UK usually starts around £12,000 – £20,000 a year and this can vary. With experience this could increase to £25,000 – £30,000 or even more a year. Bonuses can also be given at an end of a project depending on where you work. The amount of money that freelancers are paid in this industry is hard to determine – as they decide on their own price range for the work that they supply. As a freelancer you have the opportunity to work at home. Working for company would see you in a studio / office.

How to get into it

There are many ways that you can get into the animation industry – such as becoming a runner for an animation studio and slowly working up their pipeline before becoming an animator. However there is no guarantee to the length of time which you would spend as a runner before you move onto another area of animation. You don’t need any qualifications for this job, a lot of the typical runners are graduates. You move up the ladder to jobs such as storyboard assistant, digital painter, inbeteweener and assistant animator..

“Around 3,000 people work in animation in the UK. About 300 companies are involved in animation, including small production companies, larger studios, CG post-production facility houses, computer games developers and interactive media designers. The main centres are London, Bristol, Manchester and Dundee. Although there are some permanent jobs in animation, many animators work on a freelance or contract basis.”

The animation industry is 49 percent self employed and 15 percent part time – therefore animators must learn to freelance and look for work after one job is finished. The animation industry is alive through major cities in England and so means more opportunities in working there (especially if you live away from the capital city- there are other jobs which are on offer.)

“The animation industry in London is a fairly tight-knit scene, consisting of many well-connected firms like Aardman Animations and community groups like the London Animation Club, which meets in rather clandestine locations so that attending a meeting is like playing a game of espionage. Other London-based animation studios include Chapman Entertainment, Jim Henson’s Creature Shop, The Moving Picture Company, Cosgrove Hall Fitzpatrick, Studio AKA, Seed Animation, Blue Zoo, BE Animation, Cake Studio, Unanico Group, Klacto Animations, Ashley Baker Davies Ltd., Picasso Pictures, Trunk Animation, Red Star Studio and many more. And of course let’s not forget the BBC.”

There is an array of animation studios in London which meet up and give animators the chance to network and apply for a chance to work with them. 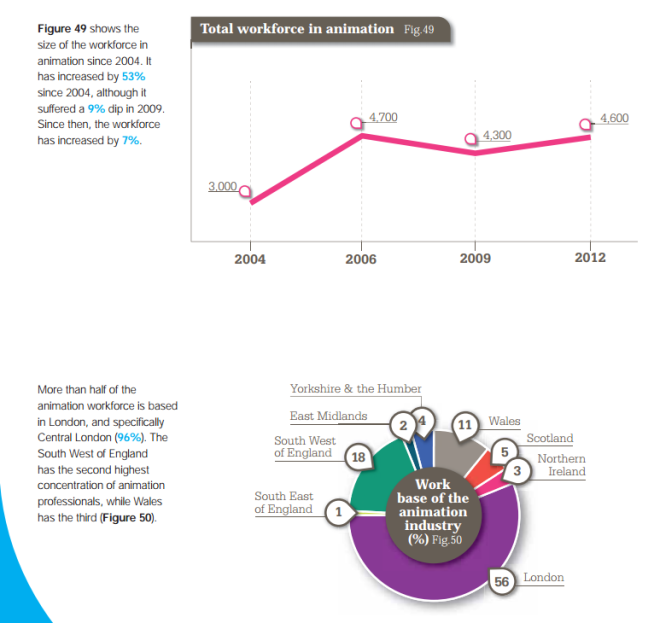 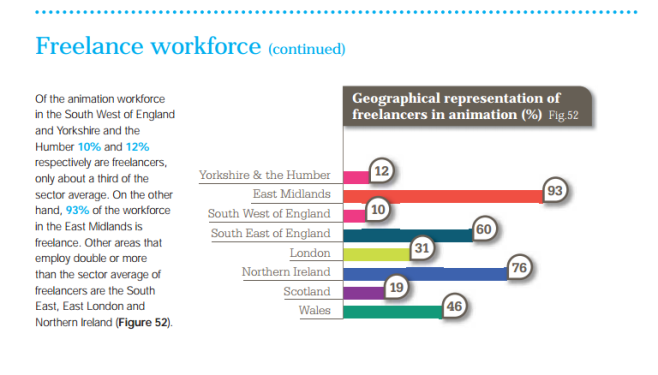 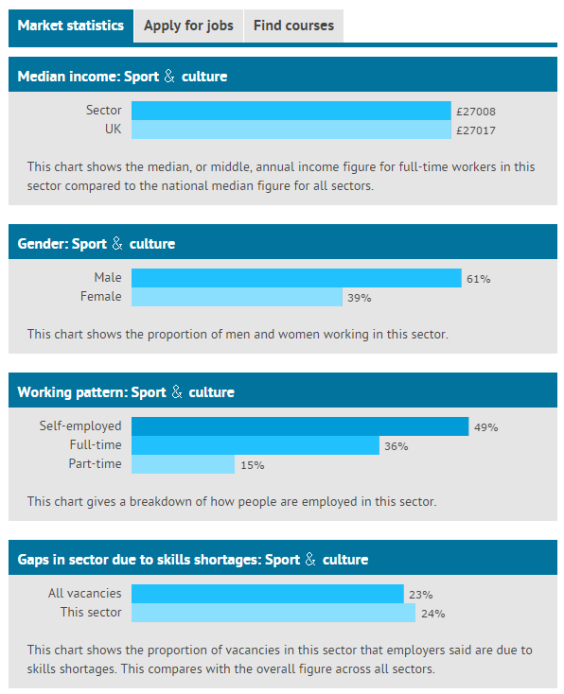 Above are the several diagrams outlining the state of the animation industry currently – it shows how animation currently employs only 36% into full time, 15% in part time and 49% in self employment. Animation jobs tend not to take on permanent staff and instead use freelancers – animators which will stay at a company for a couple of months to years before leaving the job. Its a difficult industrial (however thanks to tab breaks – it could see a rise in employment as more work is being given tot he country.) A large percentage are self employed – therefore understand how they survive is a crucial understanding in my research.

Cultural Importance of Animation in the UK

For children growing up, animated programmes are apart of our culture, Mr Ben, BagPuss, Thomas the Tank engine, The Clangers, Postman Pat and so many more are a vital part of what creates out country’s identities. Without knowing it these animations live in the hearts of the children which watch them and being able to relate to the culture is especially important. Without a strong animation industry in the UK then we could loose a very important children’s programme industry – animations being imported from abroad. It is less likely that animation will reflect out culture here without that animation industry. The UK is well known for its ore-school storytelling – even as far as japan and china.