As a new generation of online activity emerges – new technology and softwares are being created. Mobile phones and apps mean faster networks and new platforms to engage with new technology – will change the way that animation will engage with mobile phones and apps. New purposes for animation which never considered will create more sectors for the animation industry. Jobs which haven’t been created – innovation and the profit from this. New softwares created aimed at 2D and 3D combination as it becomes more popular and software is created. Making it easier access for animation to use and get a better understanding of ways which they can be combined.

Tax breaks has already showed a great impact of the British Economy and will perceive the animation industry as it draws in productions from all around the world. The tax breaks are some of the most generous – having to compete with places such as Ireland, France, Canada and Japan. The tax break has helped to keep the British creative sector strong and ready to compete against ‘rivals.’

Starting from a position of strength

The United Kingdom are extremely lucky because already existing position strength and acknowledgement from other parts of the world for our animation industry. For many years animated children’s programmes such as Noddy and Thomas the tank engine are seen around the world – showing our culture and position in the world. Only recently has this been underjepardy. With the introduction of tax breaks – out animation industry could have slowly disappeared; we have an opportunity to work out industry until it meets others expectations and higher – although it is currently strong.

Currently the UK appear to be at the top of their game. The UK often is the first to pioneer with new technologies which is noted by the audience. For instance Sky television creating a processor which could how 3D images could be a possible you come. UK are on of the top innovative countries in the world – creating more jobs for animation. We have opportunities to work with companies from around the world because of our successful name.

Transition from TV to other

Currently there is the start of a ‘move’ from normal broadcasting, television to on demand broadcasting. Netflix offers hundred of films and series. Some of these series are exclusive to Netflix, and therefore can be watched all at once. Therefore the old fashioned television is being outdated. Although television may not disappear and still be as popular – currently online streaming and watching on the go is more accessible to those with busy schedules. Furthermore without the need for a television license but a subscription – could this cross over the television. The potential that this could have on animation could be very positive – without adverts, or a need to fit an episode in a certain time slot series and episodes could be as long as needed.

Animation is often associated with children’s cartoons. Too often there is a mistaken misconception that animation is for kids and adults cannot enjoy it the same – because of this stigma. Animation feature films are just as popular with adults and children when appreciated. Animated series such as the Simpson and family guy are just a few examples of how animation can target adults well. Animation at the end of the day is just another tool used to express a story. There is a market for animation to target adults in a way not yet done before – in western cultures. This could have the potential of many outcomes and could earn alot of money if the write idea was to pass. Animation which is based solely for adults – not from children.

Another way which animation can make money is from exploiting the rights. This has been done for many years – selling the rights to particular shows internationally and is a large income for the animation industry.

In animation saving time and hitting deadlines is crucial. Therefore in the future, rendering faster could save alot of money, for the companies and clients. However it could mean that the 3D animation becomes a cheaper source (consequently making 3D more accessible – cheaper to render and more people able to get the same result as companies.)

When working freelance or wanting to earn a little bit more cash – a good way which animators could engage with is selling merchandise of their product (e.g characters, or illustrations) on websites such as Society6 (above). The website lets artists upload their designs onto this website, then give options on different products which can sold such as T-shirts, prints, phone cases, mugs, bags and even pillows.

“The artwork on Society6 is created by hundreds of thousands of artists from around the world.

When you buy a product from Society6, we produce it using only the highest quality materials, and ship it to you on behalf of the artist.

Artists! Learn more about selling your artwork as gallery quality art prints, iPhone cases, t-shirts and other fine products – without giving up control of your rights.”

To join this website is very simple, as little as entering an email and name. Above is a direct quote from their websites which expresses the popularity of the site and how it sells artwork without ‘giving up control of your rights’ – which is a huge worry for artists. All that the site asks is a small percentage of the work. This company has created an entrepreneurial site which means artists can have a change to sell their work to the public without the hassle of setting up and also make money themselves from the large amount of artists that upload their creations to be sold:

“Selling your artwork as a product on Society6 is as simple as making a Post – except you make money from it. All you have to do is post your artwork to make it immediately available for sale as a variety of products. When you sell a product, we’ll produce it, package it and ship it for you, so that you can focus on making more art!”

There are opportunities for animators who are not large by any means to sell their concepts or character work to the public and make money from it whilst keeping the rights to there work. Online platforms are serving for more ways for animators to gain money and show their work to the public at little cost. A service which is vital and innovative in creating opportunities for all.

“There is limited data available on the value of merchandise sales in UK stores linked with licensed content from UK animation programmes. It is known, however, that the two leading UK animation brands, Peppa Pig and Thomas and Friends, generated a combined £400 million in merchandise sales in 2010. Accounting for other animation brands and market growth, it can reasonably be concluded that the licensed merchandise sales market was worth an estimated £500 million in 2013. Based on a model of the economic impact of retail sales, which takes into account average retail margins and average salaries in the retail sector, it can be estimated that £500 million in sales would generate £72 million in GVA and 2,500 FTEs of employment for the UK economy.”

The majority, if not top revenue income of animated programmes in the UK, is merchandise – It is large part of the animation industry as the BFI (above) expresses. Selling the DVD copies of these animation, will give the right holder multiple profit from the sells. The exploitation of the rights international on large animated programmes such as Peppa Pig will also create a large income to the British Economy. 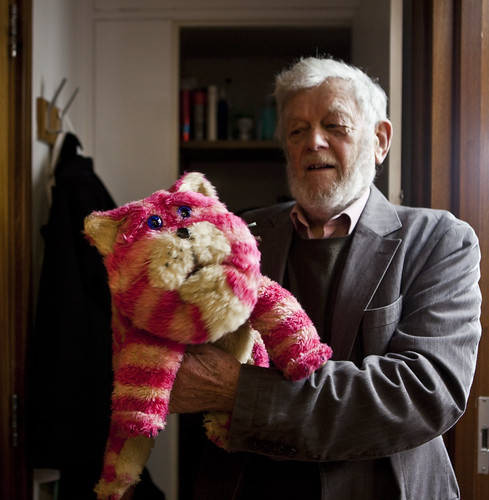