Above is the storyboard which was my final version of the story. It shows the camera angles that I will be using to animate. I thought about the way the camera would be used to create a greater impact – for example the close up of the face to capture the emotion of the suffragette who realizes she has no power and is stuck – how large the men’s world is compared to her small confined space of a room. The camera looking down at the men then up at her and the women are contrasting to show how things are changing and to compare how they both are not outside. The Charleston section is better displayed below. 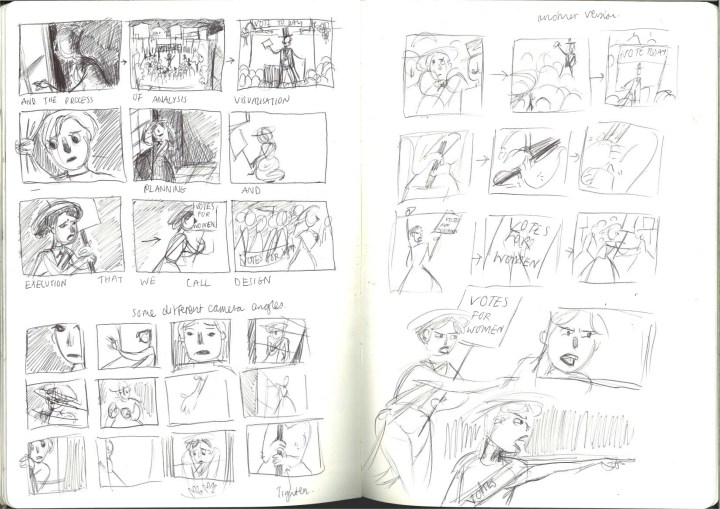 Similar to the first image this is shows the exact amount of scenes and what will be happening all the other images here show me playing around with those camera angles before the final storyboard. Ill let you look down to see all the different ideas I generated before arriving at the top storyboard. Below are all the pages:

The suffragette turning from window into the crowd scene/ camera angles experimenting. 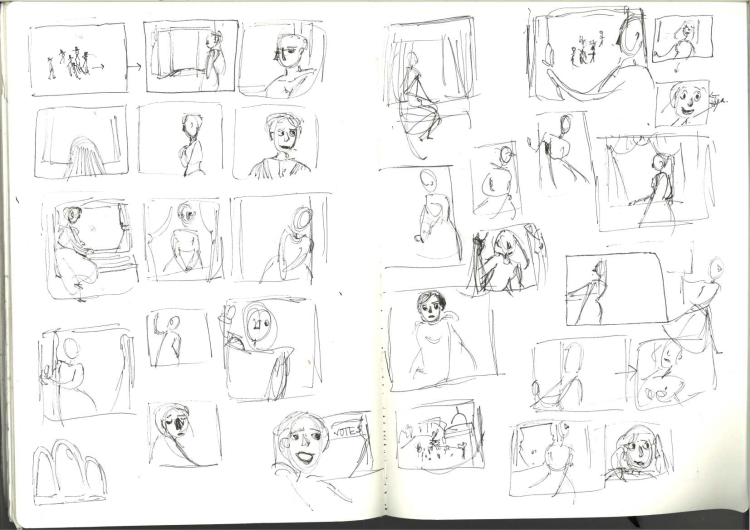 Suffragette looking out of the window. 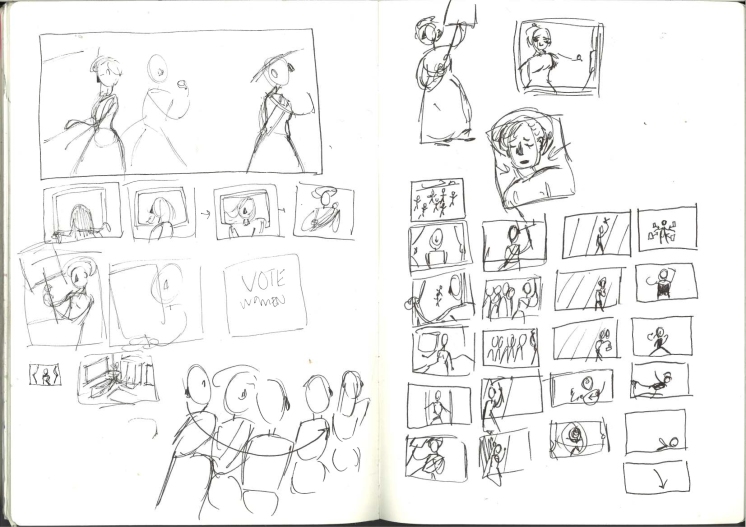