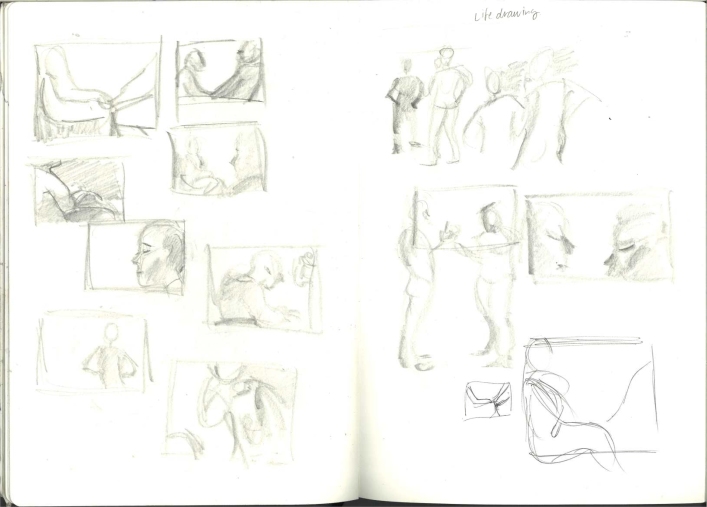 We had a life drawing class that was used to look into how dialogue could be captured with different angles. I really liked this session which was only 15 mins. But it made me think of better ways of telling the story I had thought up of so far. I like the idea of using close up in different parts to highlight a further meaning to the conversation – such as the hands close together of two people as it was interesting to note the relationship between the people and their personalities.