I have become more confident with using the flow lines and now we have started using darker marks to emphasis weight or distance. I selected the image above as it shows the strain that the foot has holding the mans weight – we really feel the gesture.

The flow lines have a bend that gives such emotion. These drawings are to show a action/emotion of the model. We wrote down words that described the pose and then drew the pose – which meant we were able to draw to the idea or concept. 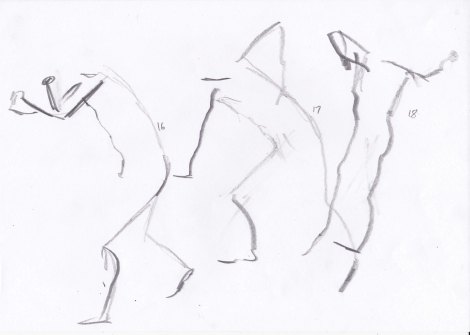 I really like the first to the left image as I feel the boxer like pose. With only five lines I capture the arc of his back, the curves of his legs and the clenched hands.

This is one of my favourite of this session since I have used both circles and lines (darker marks) to capture the pose. I like how the four lines for the arms and legs feel in the rest – 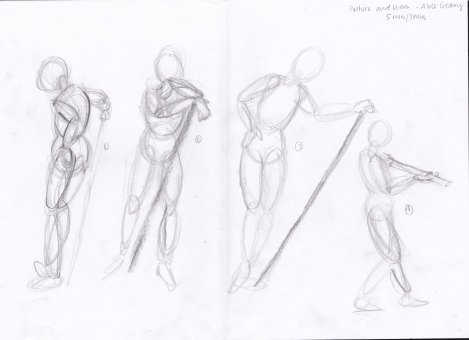 We began using circles through out the form of the man – the circles can give the character a weight, proportions that flow lines can’t.